Most have heard by now about the water crisis in Jackson, Mississippi. The capitol city of Mississippi has had a deteriorating water system for years, coming to a head now because state elected leaders opted to continually ignore the issue. Why might that be? Systemic environmental racism and neglect are to blame.

Unfortunately, the current situation is reminiscent of the water crisis in Flint, Michigan, which is known as one of the most egregious examples of environmental racism in recent years. The water crisis in Jackson may be even more blatantly racist.

Demographically, Flint is a slight majority Black city with 54% while Jackson is over 80% Black. Flint occurred after state officials switched the water source in attempts to save costs, and the current crisis in Jackson is a result of chronic neglect. Every local, state, and federal elected official with jurisdiction over Jackson has known about the water quality issues for years. Only some were interested in fixing the problem.

Gov. Tate Reeves, the guy who doesn’t believe systemic racism exists and has celebrated “Confederate Heritage Month” multiple times, has thus far deflected any responsibility. Reeves recently tried to blame the city, claiming he hadn’t seen any water system improvement plans and in 2020 said the city needed to do better “collecting their water bill payments before they start going and asking everyone else to pony up more money.”

Jackson Mayor Chokwe Antar Lumumba pulled the receipts, however, producing documents from the last several years that showed the city’s funding requests and plans for necessary repairs. Reeves, clearly no friend of Black folks, got caught lying about his neglect of the largest city in his state.

Gov. Reeves is not the only person deserving of blame though – an incalculable number of people have been involved in perpetuating systemic environmental racism through redlining and historical disinvestment. Environmental injustices such as the Jackson crisis are a direct result of racial segregation and redlining, as many scholars have noted in the wake of this emergency.

The residents of Jackson affected by the legacy and fallout of systemic racism need state leadership that works toward equity and against environmental injustice. While Gov. Reeves is not wholly responsible for the circumstances, he exacerbated the issue by ignoring it.

It’s time for local, state, and national elected representatives in Mississippi to come together and deliver clean water and environmental justice to residents. Such an egregious environmental disaster as this is unacceptable for the people of Jackson and other cities alike. 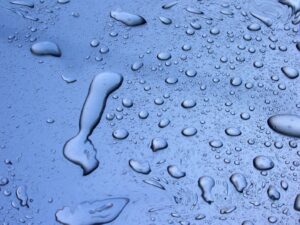