The United States has a history of racist housing policies such as redlining and exclusionary loan practices. While the Fair Housing Act of 1968 technically prohibited discrimination in housing, the effects of those historical policies persist today. A major example of this is the current widespread phenomenon of racism in the home appraisal process.

We’ve seen multiple examples of racism or bias effecting Black homeowners and the value of their properties, with a recent example from a Maryland couple. Upon first appraisal, Nathan Connolly and Shani Mott’s home was valued at $472,000. Nathan, a history professor and expert on historical racism in American housing, had a white colleague stand in for the family during a second appraisal.

The second appraisal valued the home at $750,000, making the difference $278,000. A quarter of a million dollars is quite a significant gap in valuation. While this is one egregious example that garnered media attention, the practice is quietly pervasive in the industry. It happens to individual Black households, like the aforementioned example, and entire neighborhoods of color are undervalued.

Bias is prevalent and exacerbated by the demographic makeup of the property appraisal industry. According to the U.S. Bureau of Labor Statistics, 97.7% of the industry is white, 4.3% are Latino, while Black and Asian appraisers make up 1.1% and 1%, respectively. Racial diversity in the industry is very much needed.

We might be on the way to progress, however. The Biden administration released a plan in March 2022 called the Property Appraisal and Valuation Equity Task Force, so several federal agencies and offices can collaborate to root out the problem. The plan proposes several actions that will be integral to progress. Those include strengthening laws against racial discrimination at all stages of the valuation process, enhancing fair housing practices and accountability among appraisers, educating and empowering consumers to report bias, better researching the systemic issue, and diversifying the industry. 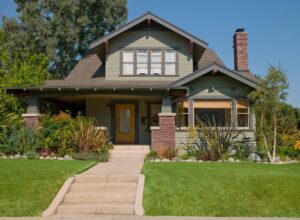 We hope the federal government’s plan will be swiftly put into action to squash racial discrimination in home appraisals, to afford Black families the long-denied opportunity to build wealth like our white counterparts. Until we see data indicating a change, it’s never a bad idea to get a second opinion on the value of your home.