The Lack of Access to Clean Water in Our Own Backyard

In 1993, the United Nations began to recognize March 22 of each year as World Water Day in a bid to raise awareness for the sustainable management of clean water across the world. These annual celebrations all boast a different theme but help remind global leaders of the problems faced by a large percentage of their constituents.

An estimated 790 million people, or 11% of the world’s population, live without easy access to clean water. 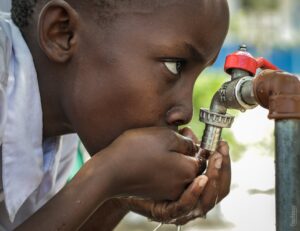 This astounding deficiency is mostly confined to Southeast Asia and Sub-Saharan Africa. As a result, both areas are the subject of many philanthropic campaigns by business leaders such as Bill Gates. But sometimes the access of clean water eludes America’s marginalized communities as well.

The case of Flint, Michigan is the best example of such abuses.

Flint’s water crisis began in 2014, when the municipality switched the source of its drinking water supply from Detroit’s system to the Flint River to cut costs. Residents began to complain about the odor, color, and taste of the water coming out of their faucets – all the result of poor oversight.

A study by Virginia Tech in 2015 concluded that lead levels in water across Flint were well above the maximum amount. Some samples had three times as much lead as was legally permitted.

For 18 months, Flint residents were poisoning themselves with this substance. Thousands of children experienced elevated blood-lead levels, a problem that might stay with them for the rest of their lives.

To rectify this injustice, citizens mobilized to influence the Environmental Protection Agency (EPA) to launch a response. Building on the success of that effort, community organizations, led by the American Civil Liberties Union of Michigan, filed a suit against Flint. A little while later, a federal judge sided with the residents and ordered the city to replace pipes, improve testing, and offer free bottled water.

Now, different officials caught up in the scandal are facing legal challenges to varying degrees of severity.

Following an extensive investigation, the Michigan Civil Rights Commission stated that the crisis was the result of systemic racism. This label garnered the attention of the usual suspects who deny such discrimination even exists, from talking heads to politicians. But there are only so many times a striking lack of care can correlate with skin color before we start assuming malicious intent.

The situation in Flint is one of the best examples we have of environmental racism in the United States. Chronic disinvestment and ignorance conspired to damage the environment surrounding marginalized communities. Flint’s residents are over 50% Black. It’s not a coincidence that a majority-minority city suffered this calamity.

As climate change barrels onward, we can expect environmental racism to rear its ugly head more often than ever. Black and Brown Americans will be the most affected group. Not only have these families been systemically prevented from gathering the wealth requisite to recover from such events, but even geography is damning.

Coastal areas like New Orleans are the most likely to flood (see Hurricane Katrina). Houses in disrepair are least able to withstand strong winds and storms (see the Iowa Derecho). Faulty transmission and bureaucratic abandonment will let power outages become the norm (see the Texas blackouts).

To address this, climate legislation must include equity. These items can range from job retraining to stimulus payments. We need to pass truly forward-thinking bills that acknowledge the failures of past reforms and reject complacency. Through proactive action today, we can better the quality of life for marginalized communities tomorrow.