Racism, Reparations, and Justice…Oh My!

From the time we’re old enough to read, we’re taught the evils of slavery in the United States. Teachers walk us through the history of the Underground Railroad, the Civil War, and later on, the campaigns of the civil rights movement to end segregation. We’re taught that slavery was bad, but that it ended centuries ago. However, our curriculums didn’t include information about the effects of slavery on marginalized communities today.

That’s where reparations come in.

As a concept, we have a short history of providing reparations to former slaves. In 1865, General Tecumseh Sherman of the Union instituted Special Field Orders No. 15, which included allotments of land and a mule to freed families. Slaves heard the news and were excited to own and work their own land until Pres. Andrew Johnson reversed the order. The Reconstruction Era featured a number of similar programs, most of which were cut short by unsympathetic officials.

Just this year, Evanston, Illinois became the first city to offer reparations to Black residents. Rather than cutting checks for each of the town’s 13,474 Black citizens, the local government settled on providing grants of up to $25,000 for down payments and home repairs. Elected officials, who approved the program by an 8-1 margin, cited homeownership disparities as justification for the program.

These efforts will help negate redlining’s effects on minority homeowners and end the cycle of intergenerational poverty. Evanston’s achievement, which comes over 150 years following the ratification of the 13th Amendment, might be a good omen for reparative justice. The fact that it took so long may be a bad sign, too.

For years, talking heads have debated the feasibility and efficacy of reparations programs. Leaders on both sides of the aisle agree that from a practical standpoint, compensating all of our country’s slave descendants might be impossible. After all, there’s no infrastructure for that, nor are there adequate records. Some have outright rejected the notion, arguing that Black people “should get over” slavery.

It’s funny that those are the same people who want Confederate statues to stand forever, isn’t it?

Feasibility aside, can’t we agree that our country must atone for the past at some point? Slavery is our greatest shame (and there’s quite a bit of competition). Even though slavery was nominally ended over 150 years ago, and segregation outlawed nearly 60 years ago, marginalized communities still haven’t had the chance to catch up to their white counterparts. The systems that existed back then exist now too and profit just as much. 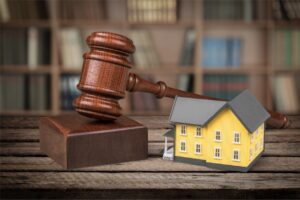 Ethnic neighborhoods still see higher rates of poverty and foreclosure than white areas. On average, Black men earn less than other groups while Black women die from pregnancy-related causes over three times as often as white women. These disparities didn’t just happen. Slavery is the root cause of these trends.

The grandchildren of slaves still walk the earth. Our country has not had enough time to heal from that terrible wound, thanks to rigid institutions and permeating racism. That’s why reparations are necessary.

Reparations can be the nudge that the electorate hasn’t yet provided. If Congress won’t make rezoning a priority, local housing programs can combat homeownership gaps. If the White House refuses to prioritize rehabilitative over punitive sentencing to reduce recidivism, municipal equity efforts can downsize our prison population.

Reparative justice is more than money, practically and in principle. It can take many forms, as highlighted above. But it’s also a ‘put your money where your mouth is’ moment. Reparations are a formal, real, tangible way we can atone for the sins of slavery in the United States.