Breonna Taylor and Ahmaud Arbery: two lives taken unjustly, barbarically, and much too soon. Both murders in Spring 2020 forced the U.S. into a period of racial reckoning, further brought into the spotlight by the murder of George Floyd later that summer. We never forgot their names, and we never will.

This week, over two years later, justice was rightly served against the several people responsible for Taylor and Arbery’s murders. Looking at the larger picture, we know how Black bodies are treated by the justice system here in the U.S., and to see these charges can feel like a rarity. We’re thrilled that the families of Taylor, Arbery, and Floyd will see their loved ones’ murderers facing accountability, and we hope a new standard has been set. These charges sure give us hope that we’re in the process of real, tangible change.

In Arbery’s case, the father and son responsible for the murder both received a second life sentence for a federal hate crime, in addition to the first life sentence for murder. Although it feels shocking for these men to receive a sentence they deserve, statistics on hate crime convictions show that we may be entering a new era of accountability.

The tragic losses of both Taylor and Floyd were different than a hate crime carried out by citizens – instead coming at the hands of police. As we know, they’re often shielded from the law and enabled to evade accountability, but the strong charges from the U.S. Department of Justice in Taylor’s case gives us hope that police accountability is becoming the standard, rather than the exception. Announced on August 4 by the DOJ, the officers involved in Breonna Taylor’s death are being charged with a litany of offenses ranging from violating her civil rights, to unlawful conspiracy, and more.

Certainly, the fight persists to both end police brutality against Black bodies and obtain justice in all cases. The strong action taken this week in Taylor and Arbery’s cases shows, however, that U.S. Attorney General Merrick Garland is serious in holding everyone accountable to the law, regardless of name, stature, or nature of the crime. We have reason to hope and believe the tide is changing. 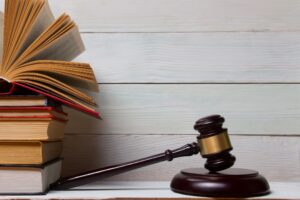