Over the last few weeks, our blog has analyzed ballot measures that’ll be decided by voters in the upcoming midterm election. Not only is it important to know what’s on your ballot, but it’s important to know who is on your ballot. This week’s blog focuses on an encouraging and exciting trend of the 2022 election cycle – Black women running for office in record numbers. Up until now, only two Black women have ever served in the U.S. Senate and only 21 Black women in the U.S. House of Representatives. No state has ever elected a Black woman to the governorship.

According to the Center for American Women and Politics at Rutgers’ Eagleton Institute of Politics, the 2022 primary and general elections featured 134 Black women running for the U.S. House of Representatives, a figure which includes 105 Democrats and 29 Republicans. It’s a new record, jumping from 117 in the 2020 election and 80 in 2018. We can’t cover all the Black women running for U.S. House, so we’ll look at some of the most competitive races.

The 2022 cycle boasted 12 Black women running for gubernatorial office, which is up from zero in 2020 and six in 2018. 11 of the women running this year are Democrats and one is a Republican. 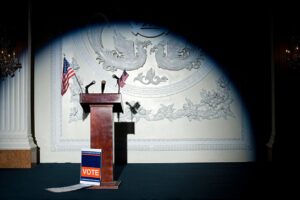 2022 has been a historic election cycle for Black women, and we can only hope the records will be broken again in 2024. Congratulations to all the candidates – Black women belong in office!