Affirmative action on the chopping block

At the center of the cases are Harvard University and the University of North Carolina; while the former is a private school and the latter is a public school, both are highly prestigious institutions with very low acceptance rates compared to other schools within each respective category.

The main argument against affirmative action is that considering race in the admissions process is “unfair,” to people not considered racial minorities. Opponents of the policy argue that racial minorities are given preference, which contributes to discrimination against white people. The argument essentially claims “reverse racism,” which is a historically shortsighted myth.

Affirmative action helps ensure equality in educational opportunities and reduces continued perpetuation of the systemic racism our country was built upon. Affirmative action, which aims to redress historical wrongs, is under attack; it’s not the culprit of “unfairness” in college admissions, however.

The admissions policy that should actually be abolished is the practice of legacy admissions or giving an advantage to students if their family members attended that institution. If it’s unfair to consider race in a prospective student’s application, wouldn’t it also be unfair to consider admitting a student because the institution is their parent’s alma mater?

At Harvard, one of the institutions in question in the SCOTUS cases, the 2022 class was comprised of over one-third legacy students. According to data from 2010 – 2015, Harvard legacy applicants were five times more likely to be admitted than non-legacy applicants. How is this considered fair, yet affirmative action isn’t? 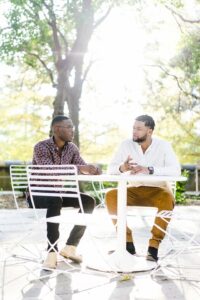 Moreover, diversity in higher education is beneficial for everyone involved. Students surrounded by peers with different backgrounds will gain a broader perspective. So not only is affirmative action good for reckoning with decades of racial inequality, but it also improves the education experience.

Affirmative action exists to correct decades of discrimination, while legacy policies reinforce that history. We do have a bias problem within college admissions, but it’s not affirmative action.