We Must Address Healthcare Inequity

The pandemic was a mask-off moment for our country. It laid bare a system of inequity that previously escaped significant media coverage, let alone public attention. Suddenly, the plight of service workers, mostly Black and Brown citizens, was on full display. Additionally, the virus moved through our communities in different ways. Access to quality healthcare became vastly important overnight while government loan programs stiffed minority businesses. These problems have all existed for decades, but the pandemic revealed them to our large, mostly apathetic populous.

Another such disparity is vaccine rates among Black and Brown communities. As of April 4, Black people were significantly less likely to have received at least one COVID-19 vaccine dose. In the 47 states that report such figures, only 57% of Black residents have been (at least partially) inoculated against the virus. In comparison, 85% of Asian, 65% of Hispanic, and 63% of white people have received the same. Despite targeted community outreach and aggressive ad campaigns, the Black community still lags all others in terms of vaccination. Given the recent reporting that 100 million Americans could be infected this fall and winter, this inequity deserves our attention. 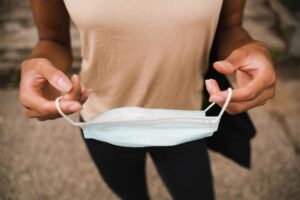 This isn’t the only medical inequity the Black community experiences. According to recent studies, Black children are three times more likely to die following surgery.

A study published in the journal Pediatrics looked at 172,549 child surgery recipients and found Black children were 3.4 times more likely to die within a month of surgery than their white counterparts. Similarly, Black children were 1.2 times as likely to develop postoperative complications. Researchers have known about these disparities for years. We didn’t know, however, just how significant they were.

Other studies have found people of color often receive a lower standard of care than white Americans. This is the result of systemic underinvestment in minority communities. Hospitals there simply don’t have access to the same level of resources as others. The situation grows more dire every day. We don’t have the means the aggregate hospital data, meaning disparities like these slip through the cracks too often. When groups undergo a large, national study, of course they’ll find disparities. But outside of that infrequent attention, Black families aren’t a priority in healthcare.

This investigation certainly hasn’t helped with the Black community’s general distrust of medical figures. Who can blame them? In the early 1900s, the Tuskegee Study exposed Black men and women to untreated syphilis, ravaging generations of participants and their offspring. In the late 1900s, the Black community came to carry the burden of the HIV/AIDS epidemic. And now, beginning in 2020, the COVID-19 pandemic especially impacted Black and Brown neighborhoods.

Black children’s higher likelihood to die or experience post-surgery complications won’t help the medical community address its legacy of racism, inequity, and neglect. This history, however, is real to millions of people of color every day. To ignore this when we discuss vaccination rates or healthcare standards is shameful and dishonest. It’s the medical community’s job to rebuild trust as we continue to face the legacies of systemic inequity.