The Benefits of Teacher Representation

Around this time every year, an entire class of high school graduates walk across the stage, grab their diploma, and leave their alma maters behind. It’s an exciting tradition that marks the start of a new stage of life for tens of thousands of students. And while everyone is cheering on their family members on stage, we want to talk about the importance of a group sitting in the audience.

We want to talk about the teachers.

Being an educator is likely the most difficult, rewarding, and important job in our society. They help shape young minds and communicate important values like equity and pluralism, debate over critical race theory aside. It’s often a thankless gig but wholly vital to our communities. Not all our elected officials agree, however. Even fewer will agree that racial disparities in the teaching profession are harmful for students and that it’s in our country’s best interest to support teacher representation and diversity. 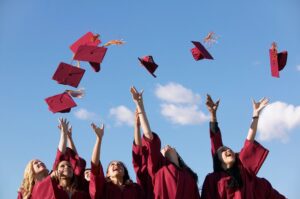 We aren’t the only group that feels this way, either. In 2017, the Brookings Institute released a study finding that minority students perform better on standardized tests, have better attendance, and are subject to fewer disciplinary measures when they have at least one teacher of the same ethnicity. The study also claims Black male students with Black teachers in either third, fourth, or fifth grade are less likely to drop out of high school and more likely to seek a postsecondary education. It even goes so far as to assign a probability to this phenomenon, arguing that exposure to just one Black teacher reduced a Black student’s likelihood of dropping out by 40%. So, the benefits of having a diverse teaching workforce are educationally substantive.

Isn’t that the only factor to consider? When debating public policy in education, the conversation should stop and end with asking what’s best for students. What can provide them with the best education? What can set them up for success beyond the classroom? It’s time we implement policies with this in mind rather than what we’ve been told is important by talking heads.

Local and state leaders can start by creating a pipeline for minority teachers. Some communities have already done so, collaborating with historically Black colleges and universities, implementing more equitable human resources guidelines, and creating intra-school support groups for minority teachers that provide mentorship and camaraderie. All these fixes are, in the grand scheme of things, free for schools and the taxpayer. So why haven’t we adopted them more widely?

There’s no real reason for the infrequency of these initiatives, rather than a lack of urgency. Most elected officials don’t see teacher representation as a pressing issue, let alone one deserving of investing time and resources. We must help them realize that once you take steps to fix this issue, it may largely take care of itself.

In short, we can create a positive feedback loop for Black and Brown communities. Improving teacher representation creates better educational outcomes for minority students, enabling the latter to become teachers, which further empowers their students. It’s a problem that once fixed, it’s self-sustaining. Hence, it’s important to make a massive, concerted, one-time push in this arena. By doing so, we can help communities break the cycle of poor education and little to no intergenerational wealth.