After reading a story this week in Bloomberg called Section 8 Lawsuit Accuses Philadelphia Landlord of ‘Modern-Day Redlining,’ we feel compelled to further discuss discrimination in housing. While redlining was technically banned with the Fair Housing Act of 1968, the fallout continues to affect our lives, and we need new protections on the federal level to prevent discrimination.

Last week, Bloomberg reported the nonprofit Housing Equality Center of Pennsylvania is bringing a lawsuit against a Philly property management company. The organization alleges the landlord denied Section 8 applicants in majority white neighborhoods, instead suggesting they apply for units in majority-Black areas.

The landlord’s actions were illegal on multiple levels, firstly due to protections called source of income laws. The city has outlawed source of income discrimination, meaning qualified Section 8 applicants cannot be turned away based on their usage of the voucher.

Philly having source of income protections is the exception, however. Most U.S. cities and states do not have this legal protection, meaning applicants with housing vouchers can be denied solely on that basis.

Secondarily, the landlord’s actions were clearly racial discrimination which has been patently illegal in the U.S. for many years. When landlords operate in areas without source of income laws or landlords break those laws, they can get away with racial discrimination. The actions taken in Philadelphia exemplify this fact.

Moreover, source of income laws better facilitate government housing programs like Section 8. The goal of the program is to increase choices of safe and affordable homes for low-income families. If landlords are allowed to participate in discrimination based on usage of the voucher, the efficacy of the program is greatly diminished.

For these reasons, it’s clear that we need to strengthen source of income laws that already exist and implement those laws in areas without them. The simplest way to accomplish this is to pass federal legislation adding source of income as a protected class, similar to race, religion, sex, etc. 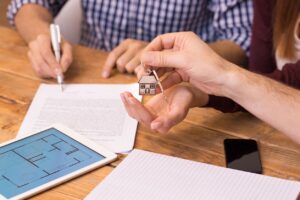