From the psychological effects of isolation to the financial impacts of unemployment, the pandemic was difficult on nearly everyone. To ease some of these hardships, the Small Business Administration (SBA) offered emergency loans to businesses that needed financial assistance to keep workers employed. This Paycheck Protection Program (PPP) helped small businesses keep our economy moving forward in this tough time. 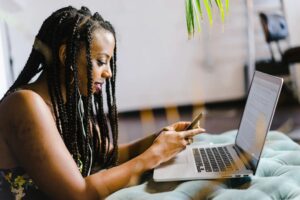 So why was this group so underrepresented in PPP loan distribution?

Recent investigations have revealed that the SBA distributed more loans in mostly white areas than in minority-dominated areas. The SBA awarded loans to the former group at a rate 1.7 higher than in majority-Black areas and 1.2 times higher than in mostly Asian areas. This trend holds up in cities across the country. In other words, the problem was widespread.

Did the SBA look at every loan request, then at the business owners’ race? Of course not. The answer to this disparity lies in how the SBA chose to distribute those loans.

Rather than passing out the emergency funding itself, the SBA used certified lenders to facilitate distribution. Credit unions, banks, and other lenders were given a huge amount of responsibility in the efforts to revive the economy. These are the same institutions that have historically discriminated against Black and Brown borrowers, dating all the way back to their very founding. This permeating prejudice helps explain the growing racial wealth gap in America, too.

Therein lies the problem. The SBA put this money in the hands of companies that have always discriminated against minorities. Such an oversight is just as bad, if not worse, than outright, deliberate discrimination. It’s certainly more indicting of the “system” that some politicians still claim rewards those who work hard. By passing PPP loan buck, as it were, the government reminded us that systemic racism exists.

If there is a bright spot in all of this, it’s the rise of online lenders. Many underserved communities turned to these more accessible sources of PPP funding due to the lack of banking institutions. Black-owned small businesses have turned to online banks as their primary source of credit, effectively circumventing the history of discrimination at “normal” banks. Despite this preference, the SBA granted online lenders access to PPP loans only after the first round of funding was nearly gone. This accounts for the aforementioned disparities as well.

There’s plenty of blame to go around here. You can look at the SBA and call their rollout of PPP loans a failure. You can point to the banks and observe that this issue is just another chapter in the same old story. You can even criticize businesses that unfairly received PPP loans (and there were plenty). The multiple breakdowns of this system all lead to the widespread and devastating presence of systemic racism.

We’ve said this of police departments, but it’s true of banking institutions too. Maybe it isn’t easy for organizations to reform beyond their original purpose. Banks have always presented significant barriers to intergenerational wealth and the economic prosperity of minority communities. PPP loans just lifted that veil in a huge, terrible way.