Mandatory minimums for thee, but not for me.

In 1951, Congress approved the Boggs Act, which established mandatory minimums for the use and/or sale of illegal drugs. Under that law, the possession of marijuana constituted a sentence of up to 10 years and a hefty fine. Before 1951, judges were given the benefit of the doubt and wielded discretionary powers, tailoring punishments on a case-by-case basis.

Two decades after the Boggs Act, Congress realized its mistake and repealed mandatory sentences for marijuana possession. Stop us if this next part sounds familiar.

Then the War on Drugs happened.

The Anti-Drug Abuse Act of 1986 shifted resources and priorities away from rehabilitative programs towards punitive measures. It also established new mandatory minimum sentences for most drugs, including marijuana. Like so many other facets of the War on Drugs, these laws disproportionately harmed marginalized communities, kicking off a generational cycle of poverty and overincarceration.

Included in the law was a provision that mandated five years without parole as punishment for the possession of 5 grams of crack cocaine. Meanwhile, the law mandated the same penalty for 500 grams of powder cocaine. Our legal system enforced this 100:1 ratio for over 30 years, dealing an irreparable amount of damage to neighborhoods across the country.

Such discrimination turned up in practice, not just principle. From 1991 to 2001, Black people’s crack-related sentences were, on average, almost double those of their white counterparts. While the 2010 Fair Sentencing Act slashed the crack cocaine-to-powder ratio to 18:1, there’s still work to be done. Black citizens are arrested at higher rates than white citizens, despite using drugs in roughly the same proportions.

Government wields great power over judges in this regard. Officials can stack the deck and force the hand of the “independent” judiciary. But here’s a question that not enough people are asking: If mandatory minimums are okay in enforcing drugs, why are they not okay in enforcing proper police conduct?

Qualified immunity is in some ways the polar opposite of mandatory minimums. The latter requires judges to rule a certain way, no matter the extenuating circumstances. The former is a judicial concept that shields government officials, most often law enforcement officers, from being held liable for violating a citizen’s freedoms. 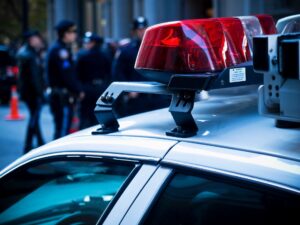 It’s a concept that’s been invoked an innumerable number of times since its invention in 1967. Not only has it been used to shield police from litigation after brutalizing minorities, but it’s also been used to keep cops employed. The biggest correlation to whether a cop is punished is whether that cop was ruled against in a lawsuit. Qualified immunity protects the employment of cops that misbehave, incentivizing them to repeat the cycle all over again.

It takes moving heaven and earth to convict a police officer of violating one’s rights, like in the Derek Chauvin trial. Remember that this is all we would know about George Floyd’s death without the widespread video that sparked protests in 2020. This was the exception that proves the rule that cops hardly ever stand trial for their brutality.

Activists shouldn’t need to bring the full force of public opinion to the courtroom. Virality shouldn’t be a necessary condition to achieve justice. Qualified immunity is standing in the way of closure for so many across the country while mandatory minimums continue to wreak havoc on our communities.

It’s time we reconcile justice with our legal system. It’s time we erase mandatory minimums from our books and abolish qualified immunity from the judge’s bench.