Throughout the pandemic, we all learned the importance of reliable internet connectivity. Rather than sitting in classrooms every day, students stayed home to learn. Instead of commuting to the office for meetings, workers hosted Zoom calls. But what began during the pandemic is likely here to stay, so it’s important we recognize the inequality faced by different groups as they get online.

This disparity severely impacts minority students’ education. During the height of the pandemic, Black, Hispanic, and Asian students were 15% more likely to live in a school district with exclusively remote learning options. These are mostly urban and suburban school districts, both of which boast more minority students than rural districts. For these students, unreliable internet access means scrambling to take tests in a productive environment and missing important lessons. 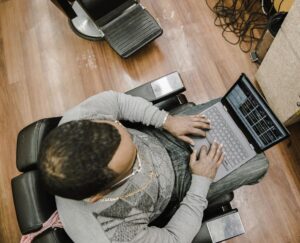 But this issue existed long before the pandemic. A 2018 Free Press report found that almost half of all Americans without reliable internet access were people of color. The same report concluded that 54% of families with income below $20,000 per year had home internet, a statistic that jumps to 90% for families with incomes above $100,000. The former group is predominantly Black and Brown while the latter is mostly white. Markets have priced minorities out of connectivity, a problem exacerbated by an unwillingness to spend public capital on the issue.

So, this issue, like most others, is a combination of minimal government support and a predatory private sector. Internet service providers have systematically eliminated cheap options for mid-speed internet, leaving only the slowest speeds available for low-income households. Clearly, the private sector doesn’t have equity in mind, but the public sector hasn’t done much on this front either – until now.

The Biden administration has made closing this gap a central policy objective. Its recent $1 trillion infrastructure package includes $65 billion for building out internet services to rural areas, low-income families, and tribal lands. States will gain access to several grants, the dispersal of which will be overseen by the National Telecommunications and Information Administration, for these purposes. This is the sort of first step that inequity demands: massive allocations of government funding. Now, we hope states spend it per its intended usage.

The efficacy of these reforms is yet to be seen. We likely won’t feel their impact for years, possibly decades. In the meantime, we can reflect on the importance of home internet during the pandemic and reiterate our commitment to technological and educational equity.