Right now, there are more than 1 million Dreamers estimated to be living in the U.S. Over one-fifth of the undocumented immigrant population came here with their parents under the age of 18, a necessary condition of Deferred Action for Childhood Arrivals, or DACA. These kids have access to work permits barring criminal activities and can renew an exemption from deportation every two years.

In 2012, President Obama instituted DACA after Congress failed to pass his Development, Relief, and Education for Alien Minors (DREAM) Act, which would have granted legal status to undocumented individuals brought to the U.S. by their parents. In lieu of legislative action, Obama created a guideline for federal immigration agencies. This “unofficial” institution of DACA has left the program vulnerable to judicial review and political tampering on several occasions.

In 2017, for example, President Trump announced that his administration would phase out DACA. While the Supreme Court prevented him from doing so absolutely, Congress sought to legislatively replace the program and find an answer for Dreamers. Senators from both sides of the aisle crafted multiple replacement bills, all of which failed to garner the sufficient 60-vote minimum. The lack of Congressional action led the Biden administration to re-up the program, which returned to its Obama-era heights.

Through all these ups and downs, Dreamers have never had access to in-state tuition.

Despite living within state borders and wanting to attend college, schools have forced DACA recipients to pay out-of-state rates. This is rooted in the belief that Dreamers, and undocumented immigrants more broadly, don’t pay taxes and therefore don’t deserve in-state tuition like documented citizens. This is patently false, however.

Part of the DACA program is the provision of temporary social security numbers and work visas. Just like those with “normal” social security numbers, Dreamers are responsible for local, state, and federal taxes. In 2019, the federal government estimated that Dreamers paid $5.7 billion in federal taxes and $3.1 billion in local and state taxes. On average, Dreamers pay 8.3% of their income to taxes, which contribute to roads, bridges, and even state-funded schools. Clearly, the myth that undocumented immigrants avoid taxes is rooted in xenophobia.

Voters in Arizona have debated in-state tuition for Dreamers for years now. Proposition 300 is a law that limited public benefits for Dreamers and preempted in-state tuition. Earlier this year, Arizona legislators approved a measure that will bring the repeal of Proposition 300 to the ballot in 2022. If voters decide to end the oppressive law, Arizona, which has long been a hotbed for immigration issues, will serve as a test-run for many provisions of the Build Back Better program.

Build Back Better, or Congress’ $3.5 trillion reconciliation bill, sought to address this issue in a roundabout and systemic way. The bill provided a path to citizenship for Dreamers, which has historically taken years. This would’ve solved the in-state tuition issue, but moderates removed it from the bill, despite its glaring promise.

There is also evidence that such reforms would improve the overall economy. Encouraging Dreamers to pursue higher education would significantly boost their lifetime earnings and tax contributions. Bachelor’s degree holders earn $765,000 more in median lifetime earnings than those who have only graduated high school. Additionally, the same group contributes $381,000 more in individual taxes over a lifetime. In short, education improves economic resilience by creating more highly skilled and well-paid workers. 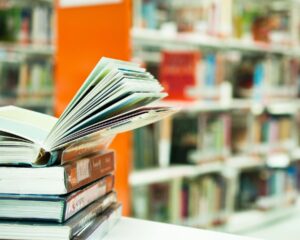 Our country simply cannot afford to ignore such a large and willing workforce. Besides, giving Dreamers the chance at in-state tuition rates is the compassionate thing to do. Whatever your opinions on illegal immigration, these kids didn’t come here themselves. They were brought here by their parents in search of a better life. We must respond with an equal compassion and give them a legitimate chance to create a productive life for themselves with a college degree.