There’s nothing quite like summer in the sanctuary city.

Undocumented immigrants pay millions in income taxes every year, despite not enjoying the benefits of such efforts. Despite these contributions, this group, over 11 million strong, lives in constant fear of deportation and detention. Federal authorities are known for their cruelty in dealing with undocumented individuals, but their jurisdiction isn’t all-encompassing. Ever heard of a sanctuary city?

If you haven’t yet, you’re about to become a fan.

A sanctuary city is a municipality which has institutionalized a refusal to cooperate with U.S. Immigration and Customs Enforcement (ICE). In other words, local authorities are under no obligation to work with ICE, whose sole purpose is to illegally charge and detain undocumented individuals. 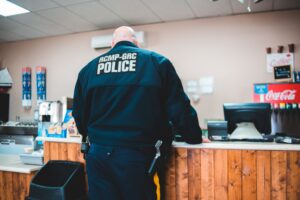 When an undocumented person comes into contact with police, benignly or otherwise, their names are checked against a federal database. Typically, ICE would swoop in and take custody of the individual with the intent to criminally charge and deport them. If local law enforcement holds undocumented individuals with the purpose of passing them off to ICE, they’re in violation of federal law.

In a sanctuary city, on the other hand, authorities will release the individual after they’ve paid bail, served time, or been cleared of any wrongdoing. Officers in these locations are explicitly banned from holding them until ICE arrives.

Aside from offering peace of mind to millions of undocumented immigrants, sanctuary cities serve important purposes. Free from worrying about the issue, local police can focus on preventing serious crime and protecting their communities. They don’t often follow through on that latter point, but it’s certainly something off their plate. Sanctuary cities also help build trust between police and the immigrant community.

Such cities experience 15% less crime than their counterparts. This finding backs up the notion that overpolicing invents crime instead of preventing it. The magnifying glass under which marginalized communities are held is what leads to higher rates of criminalization and incarceration. Thanks to a reshuffling of priorities, sanctuary cities are free from such discrimination.

Figures in law enforcement support sanctuary provisions, often bringing them at odds with the federal government. They cite lower rates of poverty and higher median incomes as justification for their support.

Despite these pronounced quality-of-life benefits, sanctuary cities commonly fall under attack from politicians in Washington. A number of court cases have challenged their legality and every single one has failed. The judicial system has made it clear that sanctuary cities are permissible, reinforcing their value to society at large.

To find a sanctuary city near you, check out this map, which is frequently updated.