Barack Obama and the Frequency of Microaggressions

For people of color, microaggressions are a part of everyday life. Stories like Michelle Singletary’s about a white man telling a Black father it was nice seeing him playing with his children, are tales that all people of color have experienced.

Comments like those, and perhaps the more common, “You speak English pretty well,” directed toward someone with Brown skin, are known as microaggressions. They’re subtle comments or observations that wouldn’t have occurred if the subject wasn’t a person of color.

The prefix “micro” refers to the invisibility of the comments to their speaker. Often, the perpetrators don’t even know they said or did something offensive. 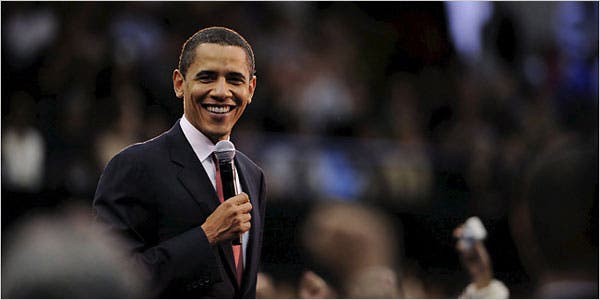 Such behavior is omnipresent in our society. Even then-Presidential candidate Barack Obama experienced microaggressions on the campaign trail. In comments relating to his opponents, Joe Biden called his future boss “the first mainstream African-American who is articulate and bright.”

And these comments didn’t stop when Barack Obama was sworn in.

Of course, the 44th President faced plenty of outright racist attacks as well. But microaggressions permeate our society even further than explicit racism. This is because white people often don’t realize they’re being racist.

Some might believe that microaggressions are relatively benign. After all, maybe the speaker meant better, or just wasn’t aware they said something wrong. But research suggests they are anything but harmless. Not only are the victims acutely aware of the comment or gesture but being subtly told that you’re dishonest or stupid is simply hurtful.

Committing microaggressions unchecked will only extend this behavior. Extending that behavior can snowball into larger, more overt expressions of racism. Our language determines our beliefs, according to the theory of linguistic determinism. So, if microaggressions are part of someone’s vocabulary, they are locking themselves into a vicious cycle.

Of course, there are remedies. Dr. Kevin Nadal, an expert in microaggressions, highlights the importance of calling out your friends’ problematic behavior. Being vigilant for sometimes imperceptible behavior is how allies can let others know they’re committed to social justice in every aspect of their lives.

The best way to work against microaggressions is to recognize your own. Think about your body language the next time you share an elevator with a person of color. And always be ready to criticize micro-aggressive behavior when you see it, even when it’s directed toward presidents.