It happened – the highest judicial body in the land overturned Roe v. Wade last Friday. We saw it coming after the leaked draft in May, but that doesn’t make the decision any less terrifying. Through a revocation of our right to privacy in the doctor’s office, women became second-class citizens. This decision affects everyone, including men. However, statistics clearly show Black women will be most afflicted and disproportionately harmed, largely due to systemic racism. Let’s discuss the decision and its implications, for this is truly a human rights atrocity.

The United States has the highest maternal mortality rate of all wealthy and industrialized nations, with 17.4 deaths per 100,000 live births in 2020. On top of that, Black women in particular died from pregnancy complications at a rate of 37.1 per 100,000, which is more than double the rate of white women and triple the rate for Hispanic women. Reproductive health experts are now warning that maternal mortality rates will rise in a post-Roe world, exacerbating the race disparity even further.

In addition to the increasing maternal mortality rate, Black women are over-represented in the most restrictive states. Take Mississippi for example, where Black people represent almost 40% of the state’s population, in comparison to 13% in the U.S. total. Henceforth, Black women in states with trigger laws like Alabama, Arkansas, and Louisiana have been planning for the fall of Roe for years. In the Bible Belt, women will now have to travel thousands of miles to access care, considerable barriers that will be logistically too difficult and expensive for many people to overcome.

Since the decision was handed down last Friday, the anti-abortion movement both celebrated and admitted the truth about their motivations. Illinois U.S. Rep. Mary Miller, at a rally with the former President, called the reversal of Roe, “a victory for white life.” Miller of course tried to walk back the statement, but we’re quite unconvinced she made a mistake. Those in favor of banning or severely restricting abortion access are so clearly aware of the racial health disparities, it seems to be a perk to them.

Louisiana Sen. Bill Cassidy knows Black women are at higher risk, yet he is clearly not concerned about it. “About a third of our population is African American; African Americans have a higher incidence of maternal mortality. So, if you correct our population for race, we’re not as much of an outlier as it’d otherwise appear,” said Cassidy.

Miller and Cassidy know the most restrictive states are places where Black women are over-represented. In the absence of a family planning option like abortion, they know women will have less financial opportunity. Anti-abortion operatives are well aware of the disproportionate negative effects on communities of color; this is a white supremacy issue as much as it is a human rights issue. 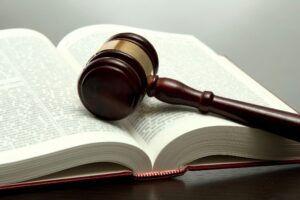 The fight for human rights and bodily autonomy is not over yet, rather this is just the beginning. If there’s one thing we know, however, it’s that Black women will show up just like they always have. We’re calling on everyone to show up to your local protests and demand change. If we remain steadfast, they cannot ignore us.