Pomp and Circumstance and Property Taxes

It’s just about graduation time across the country. In small towns and large cities, pomp and circumstance will play as graduates walk across the stage to start a new chapter in their lives. There’s no better time to reflect on how their education was funded – with property taxes.

Of all the issues in public education, there’s none more debated than funding, which currently involves using property taxes. In fact, nearly half of school funding comes from local property taxes. In essence, families pay for the schools they send their children to. Sounds sensible, right?

But this system is degrading the quality of public education for millions of minority students across the country. 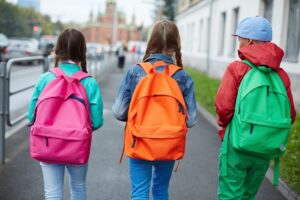 The fatal flaw of relying on property taxes to fund K-12 education is that a low-income area can’t generate enough revenue. Schools on Chicago’s southside simply don’t have access to the same resources as suburban schools. As a result, the quality of education remains stagnant, and as families notice the poor state of schools, they avoid the area. Then, there’s even less tax revenue to pull from.

It’s a vicious cycle that must be ended. Luckily, there are some solutions.

One such idea is centralizing funding. Following a Supreme Court decision, California adopted this policy. In 1976, the state equalized property tax rates to minimize disparities in per-student spending. The disparities between the most and least affluent districts became virtually non-existent within a few years.

Another solution is boosting other revenue streams. Federal funding of education only accounts for 8% of school budgets. It has never eclipsed 10%. Public education should be a priority of our federal government and its budget should reflect that. There are mountains of data demonstrating the relationship between education and economic growth. Investment now will pay dividends later.

A final means of equalizing educational opportunity is weighted per-pupil spending. In this mechanism, states develop a formula to allocate funds to districts. In the formula, students from low-income families are assigned more weight. This gets the money where it needs to go while addressing institutional and historical inequity among Black and Brown communities.

In this way, we can ensure every child has the means to overcome their lot in life and build a better future.