Legalize it! But also, do it right

In recent years, calls to decriminalize and legalize recreational cannabis have exploded in number. For perhaps the first time ever, many high-profile elected officials have publicly stated their approval of what was once a left-wing fantasy.

Many states are moving forward with legalization proposals because of the revenue implications. Honestly, it’s hard to blame them. Five years after being the first to legalize recreational cannabis, Colorado surpassed $1 billion in state revenue from marijuana sales.

But much of the driving force behind these reforms are activists and advocacy groups focused on social justice. The criminalization of marijuana and resulting mass incarceration of minorities is a pillar of the systemic racism that plagues our communities. Demonstrators who marched against this inequality in the summer of 2020 may have been chanting about police brutality, but their mission extends to this policy debate as well.

The substance’s criminalization has set the United States down a regrettable, horrific path of mass incarceration. The “War on Drugs” has dramatically diverged from its admittedly debatable intent to combat addiction in inner cities while our legal system thrives on the incarceration of individuals from marginalized groups. It’s come to the point that corporations are profiting by keeping jail cells full. 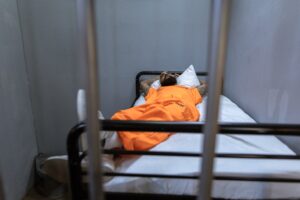 But don’t just take our word for it. Despite using marijuana recreationally in comparable rates, people of color are nearly four times as likely to be arrested for it. In 2017, Black people made up over 27% of total drug violation arrests, despite constituting only 13.4% of the population.

When it comes to drug-related crime, there are two different Americas.

Reforming a system that incentivizes locking up Black and Brown Americans and throwing away the key will take time. Legalization is a good first step. But to live up to its potential, social justice must be at the heart of the legislation.

Any meaningful reform will not only legalize recreational cannabis but expunge records of those convicted of some related crimes. To keep this group locked up while dispensaries operate would be cruel and unusual, even for our criminal justice system.

There are also economic considerations.

The legal cannabis industry is almost entirely white. A 2017 survey found that only about 4% of dispensaries were owned by Black entrepreneurs. Even though legalization has gone mainstream, white business owners continue to dominate the marketplace at 90% ownership. The lack of Black influence in marijuana company boardrooms relates to the high barriers between people of color and business ownership. But many states don’t consider this disparity during the legislative process, and they should.

In Pennsylvania, legislators have taken this to heart. The recent push to legalize marijuana has included the caveat of examining business board membership in the licensing process. In other words, the state can decide which businesses are legally allowed to sell cannabis within their borders and give preference to those with diverse leadership. In this way, this progress comes from a place of intending to alleviate systemic inequality.

The legalization of recreational marijuana is largely a good thing. It will help prevent more generations of Black and Brown people from occupying a disproportionate number of jail cells. However, we cannot pass up the opportunity to make a dent in the deeply embedded inequality of our country.

Let’s pressure lawmakers to make equity the driving force behind legalization and to consider the rest of their agendas with the same mindset.