Harriet Tubman and Representation on the $20 Bill

Today is National Freedom Day. 155 years ago, the Emancipation Proclamation was signed into law, ordering the institution of slavery abolished. All this time later, we still have work to do, but we must celebrate the contributions of Black leaders who built this country.

One of those leaders was Harriet Tubman. Not only did she escape slavery as a young woman, but she also helped dozens of slaves follow in her footsteps as a “conductor” on the Underground Railroad. She fought in the American Civil War, helped lead the women’s suffrage movement, and for her excellence, she was the first Black woman to be honored on a stamp.

It’s no wonder she was nicknamed the “Moses of Her People.”

All of these extraordinary tales of courage and righteousness made her a sensible choice to replace Andrew Jackson on the $20 bill. Recently, Jackson has come under fire for his ownership of slaves and his treatment of America’s Indigenous people.

Who better to replace him than an icon of the abolitionist movement?

That is, until the Trump administration reversed course. Citing technical issues, Treasury Secretary Steven Mnuchin stated that Tubman wouldn’t see the front of the $20 bill until President Trump left office. These claims rang hollow next to Trump’s professed admiration of Andrew Jackson. 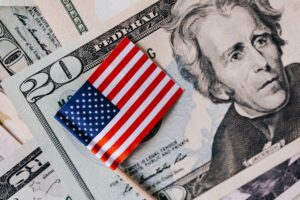 Want to know what whiplash is? Whiplash is expecting a Black heroine on the $20 bill during one presidency, then being subjected to praise of one of our most objectionable ones. To deny Harriet Tubman the honor she rightfully deserves in deference to America’s racist past sends a terrible signal to young Black girls. It tells them that history, no matter its crimes, will always supersede their struggle.

Thankfully, the Biden administration has noted this shift and committed to a quick transition to Harriet Tubman on the $20 bill. But it has taken far longer than it should have.

Why does the United States refuse to give recognition where it’s due?

The answer to that question is the same as so many we asked in 2020. The country’s past is laden with racism and prejudice. It’s asinine to think that 50 years of desegregation will erase systems and sentiments that have lasted hundreds of years.

To rectify these past injustices, we must reform, reinvest, and reimagine our neighborhoods. But first, we should look at the past and draw inspiration from Black heroes like Harriet Tubman. Looking backward is the only way we can move forward.