Corey Pegues, a board member of Neighborhood FORWARD, is the subject of the movie “A Cop and Robbers Story” that will be released on November 11, 2020. Corey Pegues, a Queens New York native, is a retired NYPD executive. Rising through the ranks of the NYPD, Pegues worked for New York City for 21 years, become an exemplary commander and public servant. Pegues is known for bridging the gap between the community and police, and tells his story in “Once a Cop,” a memoir of his life growing up as a drug dealer to becoming a part of the police department. 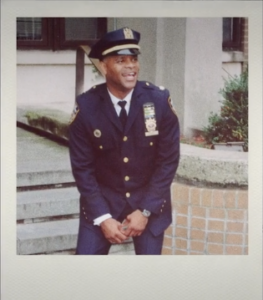 A Cops and Robbers Story:

In the 1980s, Corey Pegues found himself selling crack on the streets as part of a gang known as the “Supreme Team.” Changing his course, Pegues went on to serve 21 years with the New York City Police Department, and in that time became one of NYPD’s most high-ranking commanders. His movie, “A Cops and Robbers Story,” tells the compelling narrative of how Pegues’ former life as a gang member forever changed the treatment he received by the police community.

Purchase Tickets to “A Cops and Robbers Story” Here